After receiving an M.S. degree in Oceanography, Vitaly Sumin produced ocean-related documentaries (Jacques Cousteau style) which eventually led him to abandon his scientific career to get a B.A. degree in film directing. He subsequently worked as a co-writer and producer on numerous productions. Sumin’s award winning short film "From Womb To Tomb", which he wrote, directed edited, and produced, made a world tour of important festivals. Sumin received a US patent #4,784,394 for his invention "The World Belongs To You!" - an interactive tourist game (including video, reality TV and other versions).

Sumin further studied at The Sorbonne in Paris under a study grant. His script "Idiot", a contemporary international thriller based on Dostoevsky’s novel, received a development grant from The Warner Bros Fund. A number of other Sumin's scripts are circulating in the United States and Europe.

2006: Shades of Day, -  the initial offering of VM Productions' the ambitious Dostoevsky-LA Project. This film was selected by the Rutgers University’s professor Gerald Pirog for his course in cinema along with classic works by Bertolucci, Kurosawa, Bresson, Scorsese, Shrader, Von Sternberg... (click for more info)

2010-2011: Notes From The New World -  the second installment of the Dostoevsky-LA Project.  (click for more info)

- Dostoyevsky Reimagined: The Making of Notes From The New World  -- 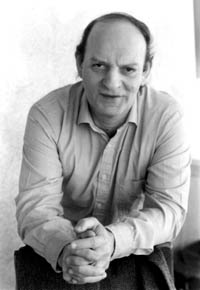 Was graduated with honors (BFA in Film) by Columbia College in 2008 with an emphasis on Post-Production/Production. He then was contracted by Forever Love Records, Jamie Kennedy Entertainment, and Sony DACD. In 2008-2012 Koray worked as editor, sound designer, composer, and color corrector on a numerous assignments. He joined VM Productions in April 2012 and has since become a very valued member of the team, assuming the positions of editor, sound designer, and DVD author on the award-winning feature film Shades of Day – Director’s Cut 2013, the 19 part mini-series The Missing Screenwriter, and on half a dozen promotional videos and trailers. Koray is currently busy with the editing of the feature length BTS. Whatever the task at hand, Koray starts with curiosity, works with passion and enthusiasm, and finishes with solid results.

Koray is a proud member of Academy of Television Arts & Sciences

Was graduated with honors (BFA in Film) by Columbia College in 2008 with an emphasis on Post-Production/Production. He then was contracted by Forever Love Records ...

We at VM Productions wouldn’t be where we are now – with regard to the production values of our work and all the related, complicated technical matters (editing, transfers, sound, etc., as well as even the initial PR stuff) -- without the constant 24/7 assistance of an ANGEL. He came to us at the start of pre-production of our feature film, Notes From The New World, and he generously remains with us up to the present. That angel is TAESUNG YIM--writer, director, producer, and editor.

After graduating from film school, Taesung wrote and directed several short films, including the award-winning “Two of Many.” He also worked on features in various capacities, including editor, sound effects editor, and associate producer. Taesung went on to write and edit two women-in-prison films, Caged Hearts and Under Lock and Key, and to direct and edit three episodes of the TV series Life, Love, and Hollywood. Ultimately Taesung’s hard-won skill, range, and versatility were indispensable to the successful completion of Notes from the New World, the mini-series The Missing Screenwriter, Shades of Day-Director’s Cut 2013 and Re-Imagining Dostoevsky (currently in post-production).

We at VM Productions wouldn’t be where we are now – with regard to the production values of our work and all the ...

Dan is a creative/marketing consultant and copywriter specializing in film and music. He’s been with VM Productions since Shades of Day (2006), the initial chapter of its Dostoevsky-LA Project. Dan provided the invaluable consulting during the post-production of the current version of Shades of Day Director’s Cut-2013 and collaborated with Vitaly Sumin on writing the press kit and the texts for this website.

For the company’s recent film, Notes from the New World (2011), Dan advised on editing and sound issues during post-production. Prior to release, he wrote the press kit, the tagline, and advised on the film’s poster graphics and DVD packaging. Most recently, Dan worked on the new album, Bill Tapia, Live from the Warner Grand: The 100th Birthday Concert (Paniolo Productions, 2011). He scripted two promotional films for the project, created the text for marketing materials and the CD packaging, advised on the graphic presentation, edited the album’s booklet, and wrote one of the featured articles, “Bill Tapia: An Appreciation.” The trailer designed by Dan was used in the successful KickStarter campaign. http://www.kickstarter.com/projects/panioloproductions/a-live-album-of-ukulele-legend-and-jazz-guitarist

Dan is a creative/marketing consultant and copywriter specializing in film and music. He’s been with VM Productions since Shades of Day (2006), the initial chapter ...

Received his Master Of Fine Arts from New York University Graduate School of Film. He has shot scores of projects for companies including Universal Pictures ...

Received his MFA in screenwriting from American Film Institute. Bergquist has written for television and screen, including produced episodes of Quincy for NBC, the produced independent features "Irish Whiskey" (co-author) and "Glass Necktie" (co-author), two purchased scripts in development, and "That Summer", a feature to begin production for Davis Entertainment. Bergquist also works regularly as a leading actor in repertory theaters across the country and in major supporting roles in independent films including "Rambler ‘65" (Rhino Records), "The Lovers Card" (John Norvet), and others. While Jeff doesn't appear as an actor in "Shades of Day", he did lend his basso profundo voice to the naration of the trailer.

Received his MFA in screenwriting from American Film Institute. Bergquist has written for television and screen, including produced episodes of Quincy for NBC ...

Cengiz studied Composition, Advanced Orchestration, Conducting and Classical Piano at Berklee College of Music. Sir Rolan Hanna and Dean Earl were his mentors in Jazz Piano. Following college, Cengiz worked extensively for the National Shakespeare Company orchestrating and composing music for "The Tempest", "Romeo and Juliet", and "The Nights of The Round Table", among many others. He also composed and orchestrated music for numerous Off Broadway musicals in New York. In 1997, he received the prestigious Drama Logue Award for Best Musical Direction for "The Drunk" produced by Chandler Studio Theater Company in Hollywood. Cengiz's motion picture credits include "Festival Fever" (Best Short Film - Ft. Lauderdale Film Festival), "Winter" (winner of the Duffy Award), and many other films distributed by major independent distributors. He has also arranged music on albums for Chaka Khan and numerous other artists on labels including EMI/CAPITOL, WARNER, ELECTRA, ATLANTIC and others.

Has graduated from the California Institute of the Arts, where he studied Theatre Arts Performance and Management. He has twenty-seven years of working experience in show business including Creative, Administrative, Technical and Financial areas. He’s proficient in negotiating with Agents and possesses knowledge of and access to performing talent at all levels.

Has graduated from the California Institute of the Arts, where he studied Theatre Arts Performance and Management. He has twenty-seven years of working experience in ...

The son of nationally recognized film scholars Irving and Harriet Deer and is a producer and screenwriter living in Los Angeles. He holds a degree in Philosophy ...